500 Homeowners Go Into Foreclosure Due To Computer Glinch 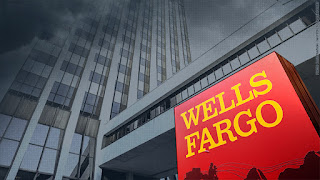 I once had this same problem with Well's Fargo in a similar situation! I was denied although my credit was 7.0 and house half way paid off at the time!

Wells Fargo says a computer glitch is partly to blame for an error affecting an estimated 500 customers who lost their homes. The giant bank filed papers with the Securities and Exchange Commission last month, revealing it incorrectly denied 870 loan modification requests. About 60 percent of those homeowners went into foreclosure.

Legislators, housing advocates, regulators and, most importantly, the people who lost their homes – people like Jose Aguilar – are asking how this happened.

"I used to look there and see how many times my kids and I used to run up and down, ride our bikes," Aguilar said.


He said the problems began when he and his ex-wife found mold in the house. He tried to remediate it himself but fell a few months behind on the mortgage payments. So the couple asked their lender Wells Fargo to modify their loan to lower their monthly payment.

He and his wife split up. The house went into foreclosure. With the hit to his credit, Aguilar said he found no one would rent to him.

"At that point my son and I had to move to the basement of a friend's house and we stayed there for three months, and we had nothing. We had a couch and my son had a bed," Aguilar said, choking up with emotion. "I felt worthless. I felt like I had let my family down."

Wells Fargo now said that "calculation error" on loan modifications affected 870 customers over an eight year period, customers who either were denied loan modifications or "were not offered a modification in cases where they would have otherwise qualified." About 545 of those customers ultimately lost their homes to foreclosure.
Posted by Jessithapromoter at 3:32 PM