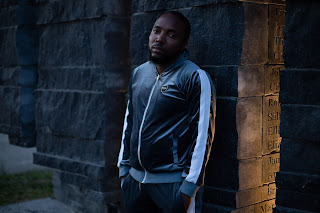 Speng is an up and coming rap artist from Toronto, bringing an authentic street sound with lyrical prowess. "On God" is Speng's latest single release and has been heating up with fans online. The record details Speng's story growing up in a rough environment and surviving struggles to make it out. Speaking on the visual release, Speng says "The video is a story of my upbringing and a ode to the most high. It’s overall meaning is that the story is so real it can be only by the grace of God that I’m still here. And I'm also saying "On God" is like saying an oath that what I’m telling you in this song really happened." The video was directed by David Del Rosario and is now out on Speng's YouTube channel. Be on the look out for new music and videos coming soon!
Posted by Jermaine McClinton at 7:53 PM