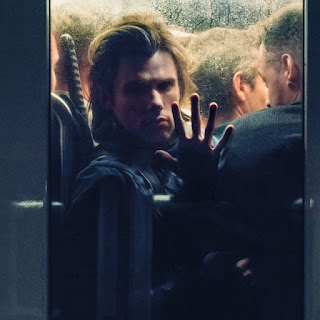 French rapper and songwriter OrelSan's ambitious third album La Fête Est Finie has raised the bar for hip hop enthusiasts around the world, after being certified five (5) times platinum in France and receiving the three biggest major awards in the French music industry at the Victoires de la Musique (French Grammy Awards): Best Rap Album, Male Artist of the Year and Best Video. The classic video for "Basique" which took the rapper all the way to the Podilsko-Voskresensky Bridge in Ukraine to film a three-minute long sequence has already hit 58 million YouTube views, while "La Pluie" featuring world-renowned Belgian musician Stromae (who produced the track and directed the video that's already hit 41 million plus views) continues to impress.
Posted by Jermaine McClinton at 2:16 PM