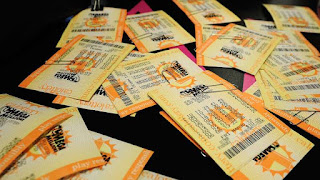 Winners can accept the prize as an annuity to be paid out over nearly three decades, or they can choose to receive a lump-sum cash payment. The lump sum is the current value of the jackpot in cash — for Tuesday’s drawing, that figure is expected to be nearly $373 million.
Posted by DJ Sippitakeover at 11:37 PM