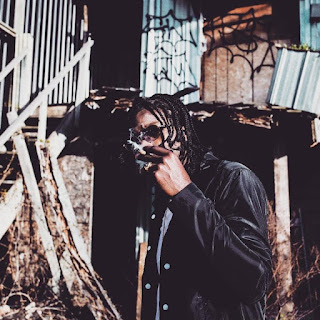 Today marks the much anticipated industry-wide release of Notifi's "Won't Get Lonely" video which just premiered on Noisey. The Toronto-based rapper, producer and crooner introduces his crisp beats, blitzed-out production, and unique view on life with his debut video directed by Zac Facts(Tory Lanez, Future, 88 Glam, Sean Leon). The vivid, stimulating and romantic images create a densely textured visual palette that blends seamlessly with the songs infectious blend of rap, dark pop and R&B. Alongside his manager and executive producer, globetrotting DJ Charlie B, the Montreal-born Notifi who grew up in the Scarborough area of Toronto, is looking to help bring his Farewell crew - a brand and upcoming label which represents the idea of ascension - to a better place. The 24-year-old is currently working on his debut EP, set for release in Fall 2018.

Posted by Jermaine McClinton at 11:38 AM