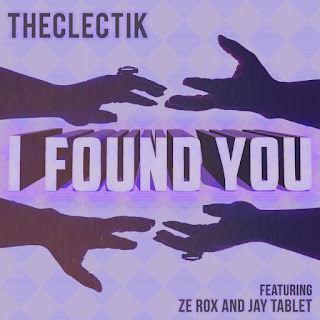 Listen to "I Found You" from Oregon musician TheClectik featuring gust vocals from Ze Rox and Jay Tablet! Be sure to add this to your Sumertime Playlist.

Currently residing in Bend, OR THECLECTIK has played in various styles of bands on multiple instruments since the start of his musical journey. Guitar, Drums, Keyboards were a main outlet of creativity, later to be armed with the MPC 2000. All instruments are typically self-produced unless otherwise noted.

Dusty vinyl and his ability to create songs by ear led him to produce similar to his influences Massive Attack, DJ Shadow, Portishead, and the Gorillaz. Heavily influenced by the early rave culture, hip-h, and the constant blooming of music’s ever-changing nature, THECLECTIK furthered his songwriting techniques and merged his love for all styles birthing the moniker THECLECTIK. Emo rock hop, as he puts it, at times is his mashed-up take on the artistic world.
Ethereal delicate sounds, sweeping electronic textures, melodic synths fused with gritty dark or funky guitar riffs. His creations ride the pulse of hip-hop styled beats, retro sounds, and flairs of electronica. With features from MC’s, Vocalists, and lending his own vocal styles, THECLECTIK combines the worlds he was brought up on to create his unique style.

“Am I punk? Am I funk? Am I hip hop or soul?” as one of his lyrics ring out, he ties in everyday struggles with a positive outlook. Lyrics like “so fight the good fight our worth is our right” and “everything is right where it should be” is an example of a light-hearted nature his music conveys.
Stream the new single from THECLETIK ‘I Found You” featuring Jay Tablet and Ze Rox. “I Found You” fuses hip-hop, pop, and soul to create an anthem that will surely become stuck in your head with one listen. From smooth, Prince-inspired vocal inflections to playful yet straight-to-the-point lyrical performances, “I Found You” introduces eclectic musical melodies through instrumentation with a seductive delivery and an electric vibe. Lyricism provided by Jay Tablet and vocals from Ze Rox take this tune over the top. Stay tuned for more music from THECLETIK dropping soon featuring Abstract Rude, Luckyiam, and more!

Jay Tablet also has placed his song “Do My Thang” in Universal Studios movie trailer for “Neighbors” and “Moonlight” in Sony Pictures horror movie “Grace The Possession,” alongside other commercial placements for 10 Barrel Brewery, Mt Bachelor Ski Resort, and other various companies. 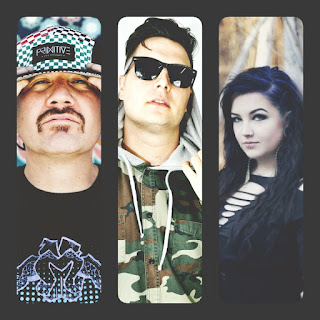