Download on BandCamp: hardtimesrecords.bandcamp.com This PR Dean 1st single off his upcoming official album "B.A.S.E." (Bobbitto And Stretch Era) dropping Sept. 2018. The single is called "BlackTop Spitters", featuring Rhyme Specialist Upstate New York Trap King 38 Spesh, along with Western Massachusetts own Profit 1 half of the group CO Defendants & Brooklyn new comer but hard hitting dart spitter Rome Streetz. Also on the production PR got his long time friend DJ Concept who both have worked together on a few songs & mixtapes during the years. PR Dean also got a street album dropping in 3 weeks of all his tracks he put out during the years and put it under one project called "Self Made Hustler". PR treats the Hip Hop game like he treated the streets nothing but good work & hustle! Y'all know the slogan #ItsTheCultBitch, Hardtimes Records "It's The Culture"! 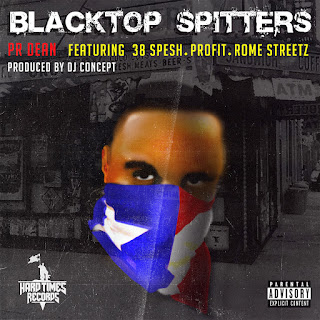