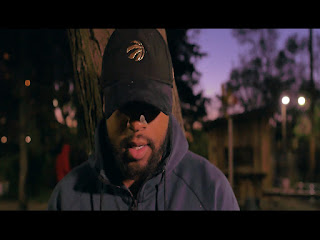 Adds and Spittaz are brothers from the west end of Toronto that started releasing music online in 2017. Their music touches on many societal issues and racism while delivering lyrics with a counter-culture message. The sound and style is chill hip hop with mellow delivery of quotable bars. "N*ggaz Lyke / Oppressed Rebels" is the second video release from Adds and Spittaz and is Directed by The Knemesis. The visuals help deliver the message behind the songs while bringing viewers into Adds and Spittaz west end neighborhood. Be on the look out for new music and videos coming soon as Adds and Spittaz work on their debut project.

Posted by Jermaine McClinton at 1:54 PM