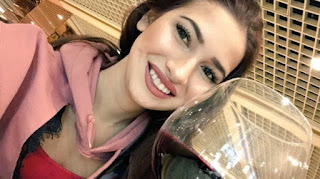 
However, LA Direct Models, the agency that Nova was signed to, released a statement on her untimely passing. "While only represented by Direct Models for a short period of time, we came to know Olivia as a beautiful girl with a very sweet and gentle personality," they said.

August Ames was found dead in her home after an apparent suicide. And Shyla Stylez was also found unresponsive in her home by her mother at the tail end of 2017; with the details and causes of their deaths also being very uncertain.