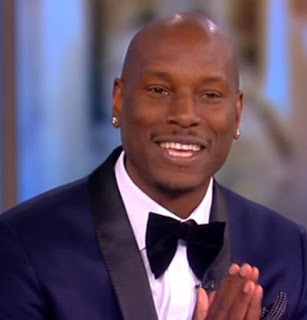 The child abuse investigation against him, sparked by allegations that he beat his 10-year old daughter with ex-wife Norma Gibson, has been dropped and his current wife, Samantha Gibson, is pregnant with their first child.

During his court case Tyrese was unable to find work because studios were hesitant to hire him, which put him in a financial bind. However, thanks to a generous gift from Will and Jada Pinkett-Smith, that burden has been lifted.

"When we show UP for each-other there’s nothing that can’t be done I️ repeat nothing...... My wife kept the news away from me cause I’ve been on with lawyers all day but our family and our sister Jada-Pinkett Smith and my brother Will Smith just sent us 5 million dollars to help keep us afloat," the "Fast and the Furious" star revealed via his Instagram account. "You’ve guys asked me to get off and stay off the Internet now that my daughters legal fees will be paid ! will listen..... The Smiths’s and their whole family has always shown up for The Gibson’s Uncle Will you’re an uncle for real."
Posted by Gansta Marcus at 2:45 PM