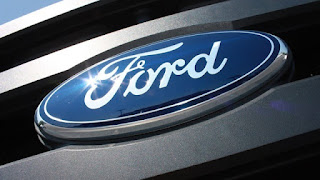 Ford Motor is making plans to cut about 10% of its global staff, which could mean about 20,000 jobs worldwide. Ford reportedly plans to shrink its salaried workforce in North America and Asia by about 10 percent as it works to boost profits and its sliding stock price. Ford is going to cut 10% of its workforce, focusing on salaried individuals. This is painful but is exactly the right thing to do as sales and margins are coming.

Ford has struggled mightily in the past few years to get its stock price moving. The company's shares are trading below where they were better than four years ago despite continued progress with respect to sales and operating profits. The lack of forward movement in the stock price is all the more frustrating considering that US auto sales continue to soar and yet, the automakers' stocks have been laggards. But Ford reportedly has a new plan to reduce staff in a big way; is this the shot in the arm Ford needs to get the stock moving?

Posted by DJ Sippitakeover at 1:21 AM