Chicago Not Even Safe For Kids 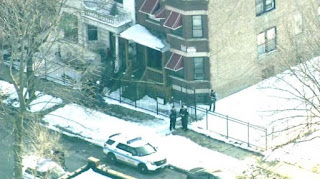 A three-year old boy was shot in the head on a Thursday (March 16) afternoon in the Southside of Chicago. Police say that the shooting was an accident.

DNAinfo reports that the toddler was shot in the Englewood neighborhood on the 6200 block of South Aberdeen street. He was taken to Comer Children’s Hospital for treatment where, as of the time of this writing, he is in critical condition.

Officers were reportedly called to the scene to find that the boy was lying with a gunshot wound to the head after responding to a call that a person was shot. He is the third child who was shot in Chicago today.

The shootings come at a time where vital resources to help children who have been traumatized by gun violence have seen their resources cut and about a month after the shootings of 2-year-old Lavontay White, 11-year-old Takiya Holmes, and 12-year-old Kanari Gentry.

No further information regarding the shooting has been reported or released to the public as of press time.
Posted by Jessithapromoter at 1:22 AM