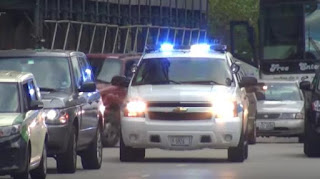 Check This Out! Chicago is mourning the murder of over a dozen of its citizens, following a surge of Labor Day violence that tolled it as the city's deadliest holiday weekend thus far in 2016.  In the aftermath of such carnage, so does the nation reel, as the first of the weekend's 13 deaths brought Chicago's homicide total to surpass 500 of the year; further cementing the mid-west city as the crisis point of gun violence in America.

As Sunday transitioned over, there was optimism that the weekend would end with relatively good news. Considering the data, Memorial Day weekend had seen 69 shot with six slain, while 66 were shot and five killed on the Fourth of July.  Heading into Monday the number of those wounded by gunfire had summed less than half of any of those two totals.  But between the hours of 6 a.m. on Monday and 3 a.m. on Tuesday, a spike of 31 shootings would bring the total to 65 shot.

While news of the holiday's grim outcome is disheartening, it doesn't come as a surprise, as Chicago is coming out of it's deadliest month in twenty years, reaching 90 homicides for the first time since June of 1996.  Since January 1, more than 2,930 people have been shot in the city.  The Chi's homicide toll now stands at 512 on the year, eclipsing last years total of 491, and amounting to greater than the total number of homicides in New York and Los Angeles combined.
Posted by Jessithapromoter at 1:16 AM