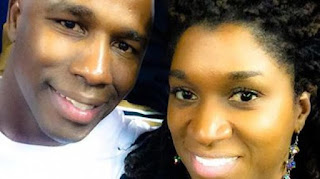 Armstrong was selected in the sixth round of the 1995 NFL Draft after having established himself as an All-American with Texas A&M. After being released due to injury he was picked up by the Dolphins. His family has created a GoFundMe page to help the couple's survived children. Armstrong was 42 years old.

A former NFL linebacker and his wife were shot dead by their 16-year-old son in their Houston home early Friday morning, July 29. No motive has yet been established, and details into the moments leading up to the execution of former Miami Dolphin Antonio Armstrong and his wife Dawn, are not known, but it has been reported that a note reading "I've been watching you," was recovered at the scene. The teen, whose name has not been released to the press, has been charged with murder.

Police arrived on the scene after Armstrong's son himself made a 1:30 a.m. call to report the shooting. Police are continuing to investigate, with hopes that information provided by Armstrong's other two children, a 20-year old son and teenage daughter who were in the home at the time of the incident, could lead them in the case. According to sources in the community, the Armstrongs were a model family who seemed to have a stable and loving family life, leading to questions as to what might have been the cause of the tragic killings. Armstrong had become an Associate Pastor in a local church, and together with his wife, owned a fitness company with three area locations.
Posted by Jessithapromoter at 10:14 PM