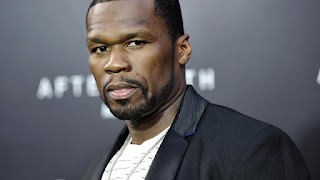 A video posted by DJ Akademiks on Instagram shows the rapper telling one of the show's organizers that he wants 1 more minute on stage. “I know, I know, I got one minute left. I got 1 minute left. You mean to tell me I can’t have 1 minute?,” yells a raspy 50 Cent. He was eventually kicked off the stage. 50 Cent was performing at Hot 107.9’s Birthday Bash in Atlanta during the rant where he was joined by G-Unit members Lloyd Banks, Tony Yayo, Young Buck, Kidd Kidd and Rotimi for the performance.

50 Cent also referred to his recent filing for bankruptcy during the show. After a series of bad business dealings and lawsuits, the rapper lost a good amount of money in court and was forced to file Chapter 11.  Shortly after the court hearings, 50 Cent was scolded by a judge for showing off stacks of money on Instagram. He claimed he was merely trying to maintain his rap persona using social media. “Since the explosion of social media, I have maintained a strong social media presence that is consistent with the public persona of '50 Cent,’” he said to a Connecticut judge in March, according to the NY Times.
Posted by DJ Sippitakeover at 12:07 AM