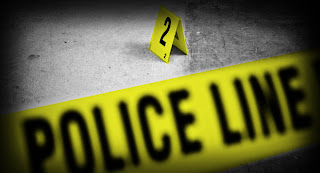 Rap artist +Gansta-Marcus.com, real name +Le Marquis Leqwail is facing up to three years for a case back in 2008 involving a breaking & entering at the dweling of a car lot in Lima, Ohio. The artist pleaded guilty to all charges and was sentenced to served five years parole with fines equaling $3,000.

The artist +Le Marquis Leqwail chose to leave the state of Ohio resulting in more pending charges. The Wrap-Up Magazine caught up with +Gansta-Marcus.com on the streets of Mississippi and asked him why did he leave.

Reply From +Le Marquis Leqwail: I chose to give my family a second chance. I did not want to be like other men who go in ad loose everything. Although they labeled me a threat to society, I refuse to accept what I was granted. Ive learned much since I left, from running my own websites, production of artist, making online money and more. Now that I am returning home to Ohio and plan to turn myself in to the sheriff. Ive stayed in contact with my parole officer since my disappearance. Its not like I was hiding from them.

Since his departcher, +Gansta-Marcus.com has become engaged with online entertainment, production, and performance. He is also a owner of several online sites and administrates others.

Posted by DJ Sippitakeover at 9:34 PM